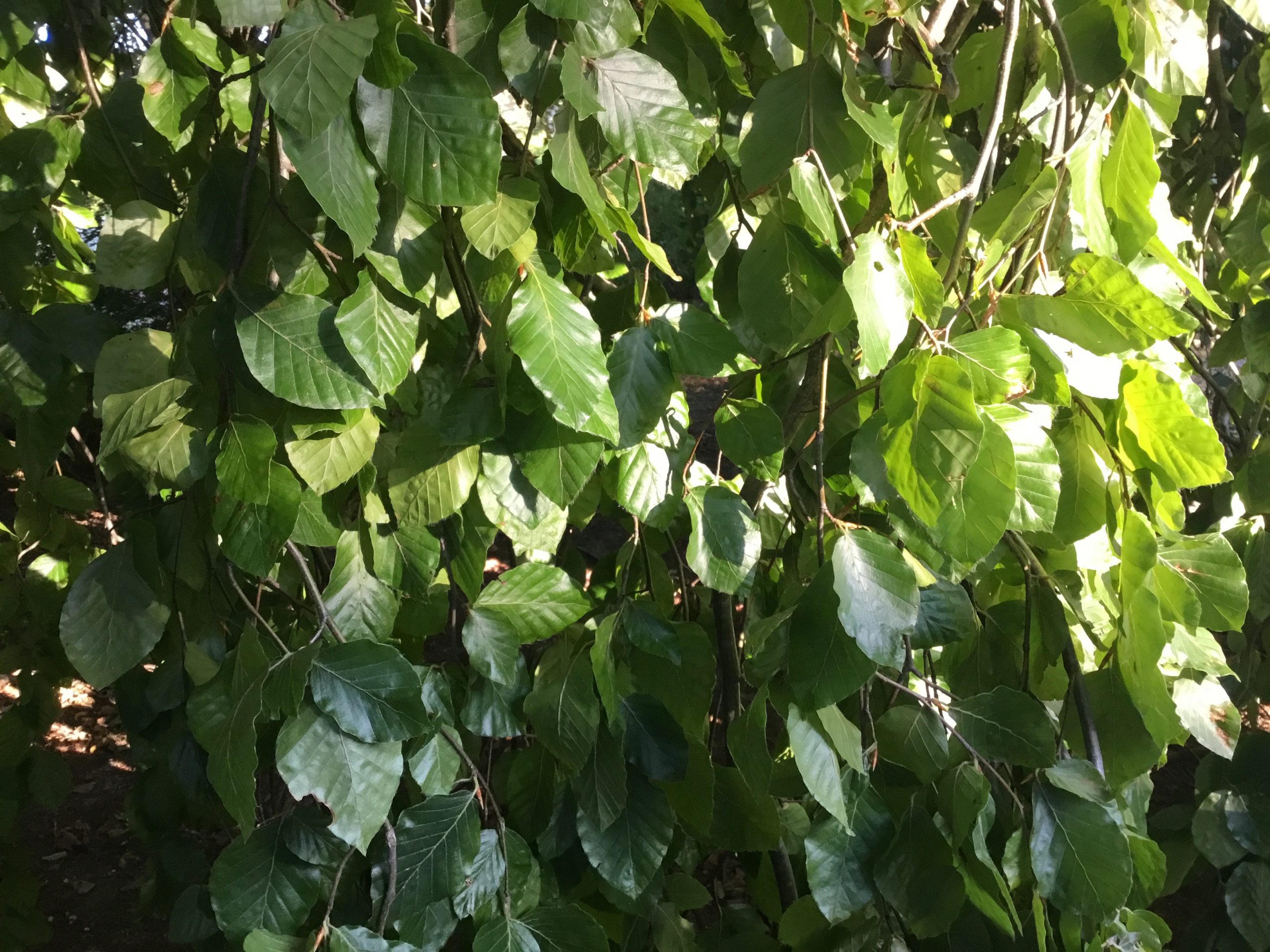 Locations: Though I’m not a fan of weeping trees, an exception can be made for willows and beeches. The magnificent weeping European beech next to the Sylvester Manor house is an Island treasure. (The quirky car tunnel carved out its long, outreaching  branches is a bonus treat.) Another impressive weeping beech resides across the street from Piccozzi’s. It’s also notable for supporting a sizable osprey nest.

Tree stats: Fagus sylvatica is native to most of Europe, grows up to 150 feet tall, and is long lived. It was imported to America in the 19th century and quickly became a popular landscape and estate tree. The weeping form was brought here in 1847 by the Flushing, New York, nurseryman Samuel Parsons Sr. His seedling eventually grew to 60 feet tall and became a focal point of Weeping Beech Park until it expired in 1998. The history of the Manor tree is unknown.

Nature’s mischief: Many gardeners are familiar with hybrids and cultivars. The former are crosses between two plants to improve color, form or disease resistance. (Think roses.) The latter are genetic variations or mutations within a species that can offer similar rewards. The European beech has almost 150 known cultivars. Some have leaves ranging from variegated, purple, yellow, to a gaudy tricolor. There are shrubby and dwarf forms as well as one with contorted branches named ‘Tortuosa’. For the most part, cultivars are the product of nature’s random inventiveness. They exist in gardens or the wild, waiting for the observant expert or amateur to discover them.

Green Mansion: I visit the Sylvester Manor weeping beech several times a year. The other day I parted the trailing, leafy branches like curtains and stepped inside a tent-like space dominated by the massive trunk and surface roots. The leaves, lit by the late afternoon sun, colored the interior with a pale green glow. The outside world vanished. I felt enveloped by a giant, benevolent being. Trees have always had spiritual and ritual significance. As children we daydream under them. As adults we forget those simple, restorative pleasures. It’s a perfect time to get reacquainted.