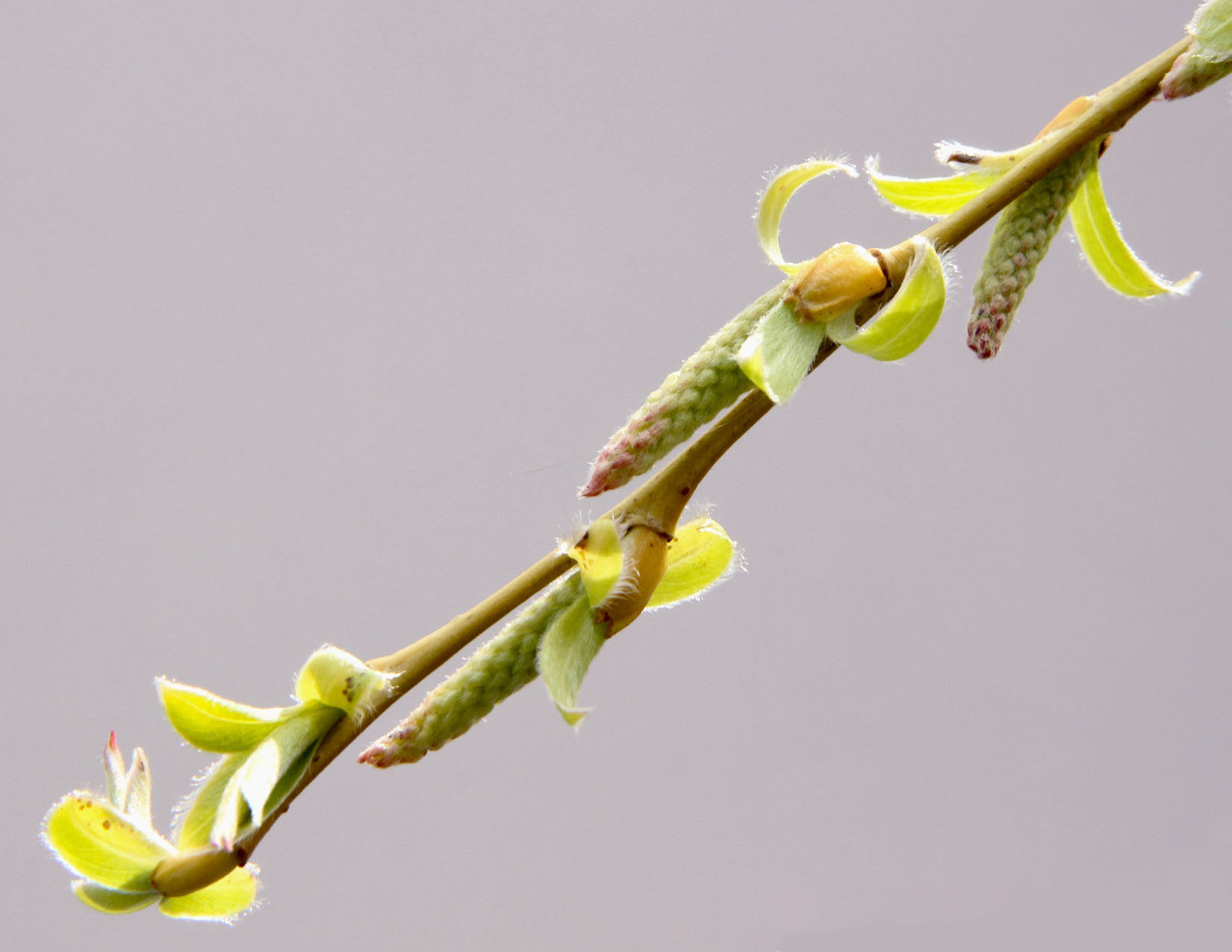 Locations: A small willow resides at the entrance to the school parking lot. Others can be easily spotted along Congdon Road, Smith Street, and Rt. 114 near South Midway Road.

Tree stats: Golden weeping willow is a pendulous form of a tree native to Europe, Asia, and Northern Africa. Just to confuse things, there’s a similar-looking Chinese weeping willow, Salix babylonica. However, many references suggest that most weeping willows in cultivation today are S. alba ‘Tristis’ or hybrids and not S. babylonica. Growing 50 to 70 feet high and wide, golden weeping willow is deemed by plantsman Michael Dirr one of “the most hated trees in landscape history” probably because of its messy habit of dropping branches. The tree’s shallow roots also make it vulnerable to toppling over in high winds and hurricanes. On the plus side, it’s one of the first trees to leaf out and one of the last to drop leaves.

Wonder drug: The pain-reducing properties of willow species were known for thousands of years, but it wasn’t until the 19th century that the beneficial ingredient of the tree, named salicin (after Salix), was discovered.  Salicin was subsequently refined as salicylic acid. Though that remedy worked, it could cause complications. In the late 1890s, chemists at Bayer created acetylsalicylic acid, a tweak that freed the drug to perform its magic without the severe side effects. The name aspirin comes from a combination of the words, “acetyl” and Spiraea (the Latin name for meadowsweet, another species that contains salicin). The tablet form of aspirin became available to doctors and hospitals in 1899 and, later, to the public as the familiar over-the-counter drug you’ll want to take after reading this paragraph.

Homespun aspirin: For purists, some companies offer willow bark extracts and one DIY site shows how to remove bark from a tree. I would recommend research on the former and never doing the latter.

A tree’s inspiration: Willows figure prominently in early Chinese paintings and poetry as well as in Japanese woodblock prints and Kabuki plays. Though the tree is mentioned several times in the Bible and in Shakespeare’s Merchant of Venice and Othello, spoilsport scholars suggest that those trees may actually be poplars or other species. We’re on surer ground with Kenneth Grahame’s The Wind in the Willows and the 1932 song, “Willow Weep for Me,” a hit by the British duo Chad & Jeremy. Disney’s Pocahontas receives advice from Grandmother Willow. Perhaps our Island willows can soothe us with their reassuring early green and delicate, friendly branches.