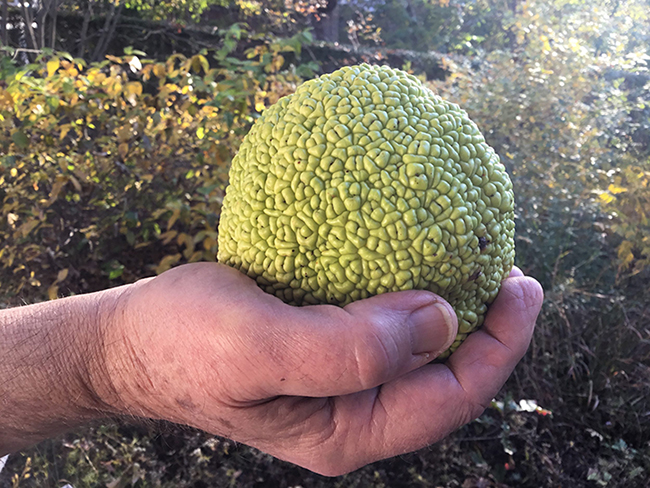 Location: Most of the year you could pass by the Osage orange tree on the right side of Ram Island Drive on your way to the second causeway and pay no notice. The rough, furrowed bark resembles that of black locust and in the summer its leaves blend in with the surrounding vegetation. In October, the tree is easier to spot by the grapefruit-size fruit dangling perilously on its branches. Despite looking like a green, alien brain (perfect for Halloween!), the inedible fruit has a fresh, pleasant aroma.

Tree stats: Native to parts of Texas, Oklahoma, and Arkansas, Osage orange can grow up to 50 feet. Clusters of shiny leaves hide the formidable thorns that protect its branches. Because of the thorns and heavy fruit, Osage orange is usually not recommended for home landscapes.

Native American history: The Osage tribes utilized the sturdy, flexible wood for their bows, tomahawk handles, and war clubs. French explorers named the tree bois d’arc, or “wood of the bow.” The Osage fashioned the tree’s bark into rope and the roots were boiled for medical purposes and an orange dye. 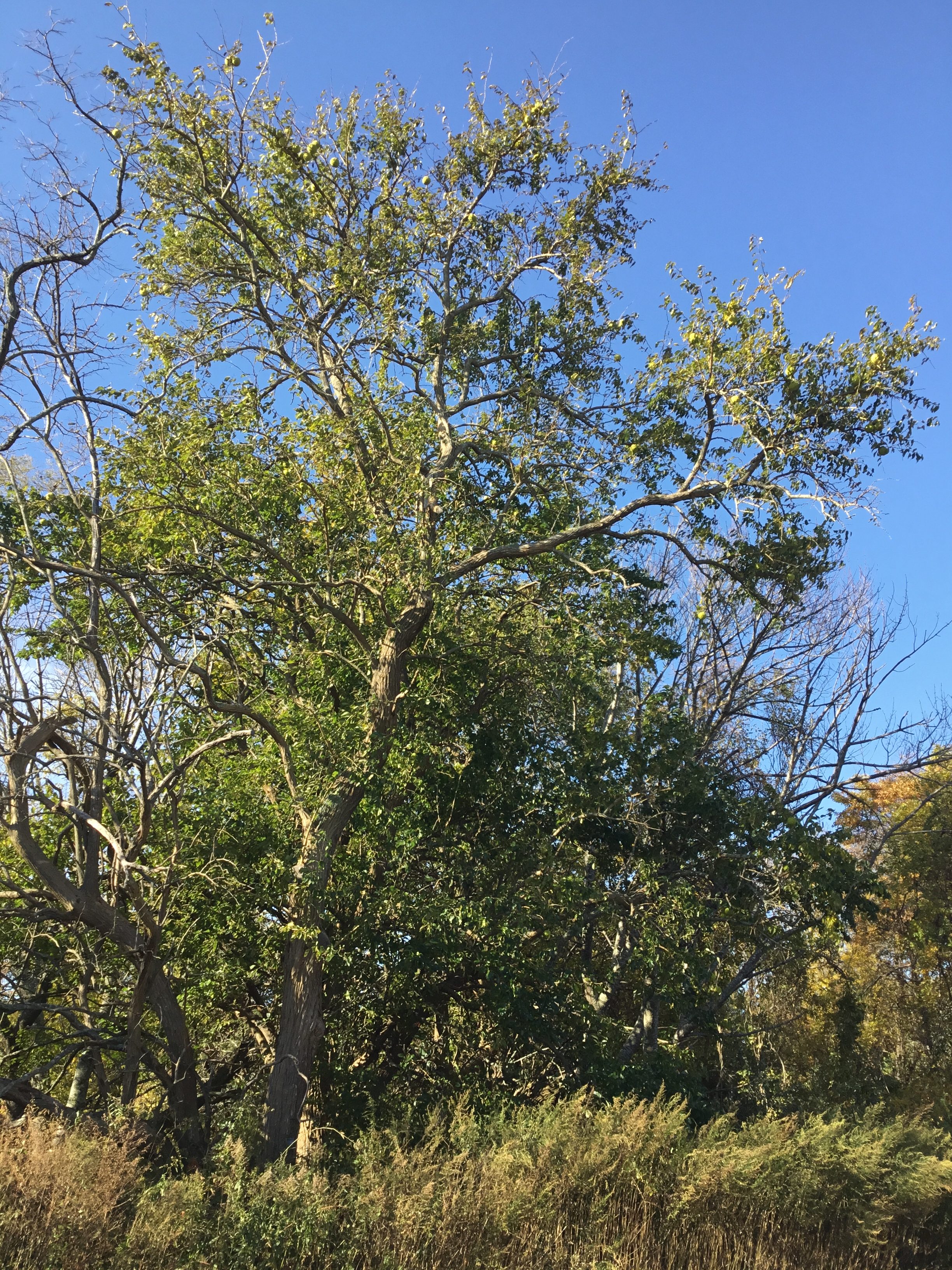 American history: Pioneers used Osage orange wood for wagon wheels, tool handles, and railroad ties. Farmers planted the fast-growing trees as living fences, a practice that helped spread agriculture and the species across the country. Placed close together with branches sometimes entwined, the trees created an impenetrable barrier that was “horse high, bull strong, and hog tight.” At one time there were almost 40,000 miles of Osage orange hedgerows. After the invention of barbed wire in the 1860s, the hedgerows were gradually replaced, often with fence posts made from rot-resistant Osage orange.

Ancient history: Because the fruit is rarely consumed by wildlife, how does Osage orange spread? Aside  from human assistance, vegetative reproduction or the random horse, it doesn’t. Some scientists surmise that the fruit was once eaten by large, extinct herbivores such as mastodons, which would defecate seeds far from the mother trees. When the megafauna were wiped out by hunting or other factors, Osage orange gradually shrank from its much wider range. Without our intervention, it’s possible the species eventually could have become extinct. Currently, we’re losing insects, mammals, and birds that are crucial pollinators and distributors of plant species to climate change and habitat loss. We need to learn from the past if we are to preserve our future.