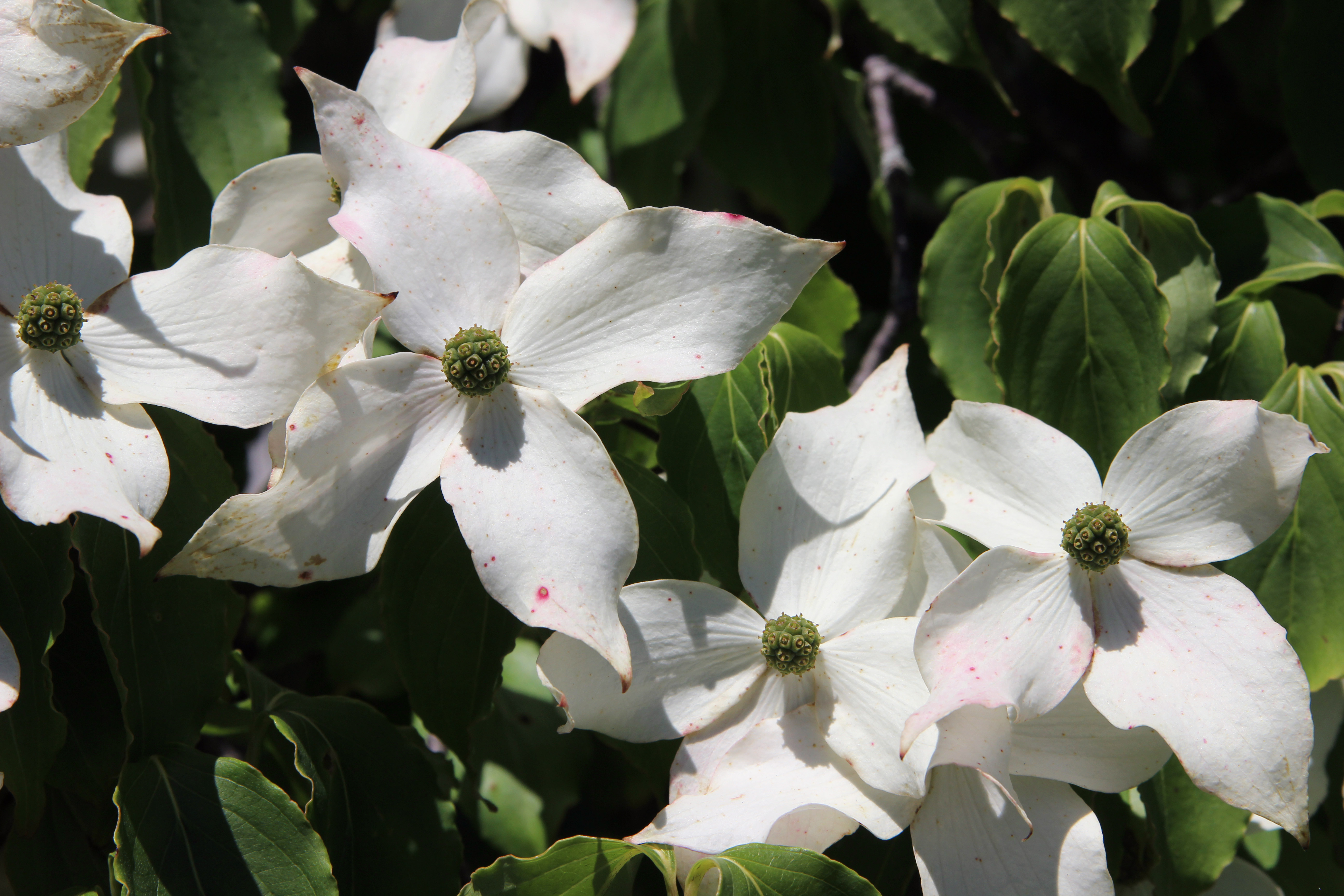 Locations: In late June and early July, our kousas are hard to miss along Route 114 and in the Town center. There’s a spectacular specimen at the entrance to the Presbyterian Church parking lot and several beauties across the street in the cemetery and schoolyard. In the Heights, an allée of kousas decorates one of the paths in Prospect Park. Homeowners throughout the Island enjoy them in their landscapes and gardens.

Actually, they’re not flowers: Those impressive starry flowers are bracts. Like American dogwood (see previous month), the tree’s real flowers are tiny and clustered in the center of the four white bracts. Like petals, bracts function as pollinator attractants. Another example of showy bracts is the poinsettia.

American History: Since its introduction to America in 1875, kousa dogwood has become a popular street and landscape tree for its four-season allure as well as its resistance to anthracnose, a disease that affects the native dogwood.

Natural history: The fruits are consumed by birds, small mammals, and…people. According to several websites, the raw fruit tastes like persimmon, peach or melon. (Before taking the leap, do your own research.) The fruits can be cooked and made into jam. In Asia they’re fermented for wine. Several enthusiasts recommend using them for smoothies, chutney, or sauces. They reportedly also make a nice addition to alcoholic beverages. Kousa cocktails, anyone?