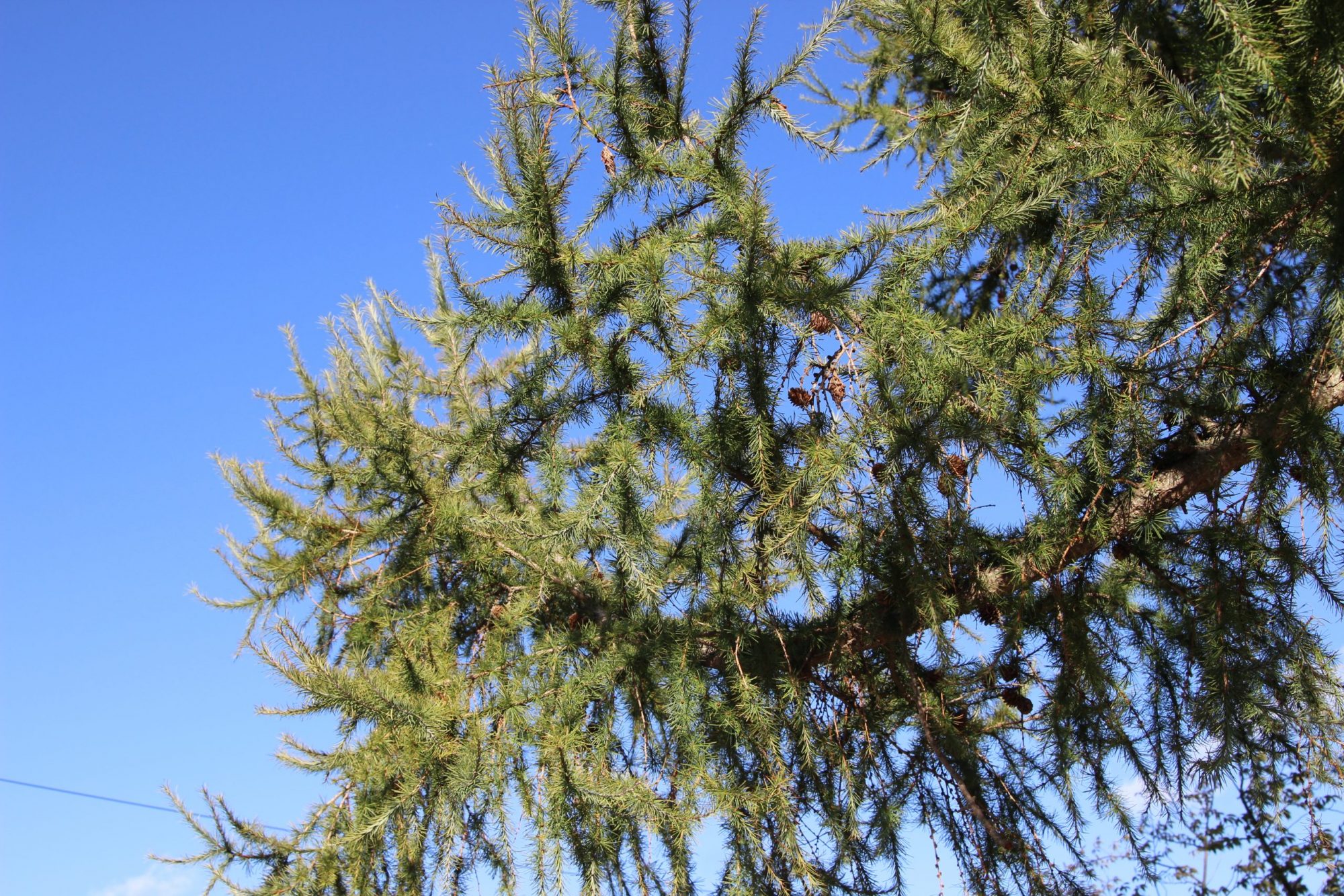 Location: A tall tamarack grows on the Shelter Island School grounds along School Street near a visitor parking area.

Tree stats: Also known as eastern larch, this handsome native tree ranges from the boreal forest of Canada to the northern United States. It’s very cold hardy, enduring temperatures down to -85 degrees. While tamarack thrives in wet or boggy conditions, it doesn’t seem to mind drier areas, such as the school grounds. Like the dawn redwood and bald cypress, tamarack is a deciduous conifer. Its needles turn a brilliant yellow before dropping in the fall. In spring the tree produces small male and female flowers that develop into plump cones.

Cold survivor: Tamarack is one of several tree species that can take temperatures below -40 Celsius. Others include the black and white spruce, balsam fir, and white birch. Our local oaks and maples survive severe winter temperatures by a process called supercooling, which allows their sap to get cold without freezing. However, at temperatures below -40, the sap turns to ice, killing the trees. The tamarack survives potentially fatal temperatures by moving its sap from the living cells to intercellular spaces where extreme cold doesn’t damage it. The tree also concentrates its remaining living-cell sap into a kind of antifreeze. Currently, some scientists are studying the tamarack’s cold temperature strategies as research into improved freezing techniques for food, drugs, and living organs.

Native American history: The wood, branches, and needles of the tamarack were used for a variety of utilitarian and medicinal purposes. In the Algonquian language tamarack means “wood used for snowshoes.” The Abenaki called the tree hackmatack. A poultice was made from the inner bark to treat burns, wounds, headaches, and frostbite. It was also used to treat horse ailments. Tea made from the needles relieved diarrhea and the twigs were fashioned by the Cree into decoys to lure Canadian geese.

Cree decoys: The Cree tradition of using tamarack twigs to make goose decoys was fading out when, in the mid-1960’s, a hospitalized Cree named John Blueboy reportedly began creating decoys to pass the time and make money. He taught his children the craft, eventually starting a cottage industry that continues today. Several websites offer decoys of various sizes for sale. Other sites and a YouTube video provide DIY demonstrations. Try it, but leave the school’s tamarack tree alone. It needs its branches and twigs.