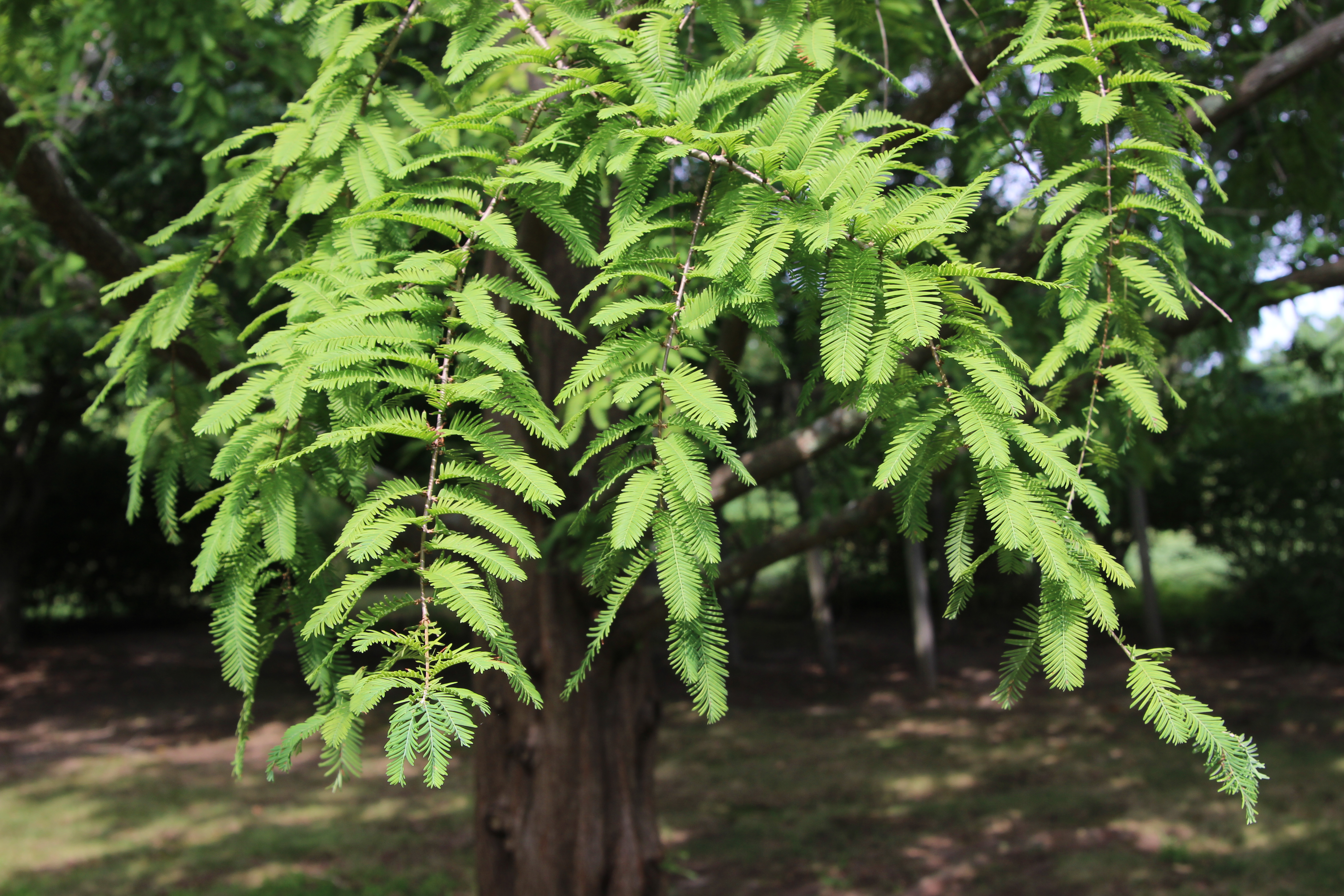 Locations: A rare tree on Shelter Island Island, a tall dawn redwood towers over the new addition at the Historical Society; another thrives in the Sylvester Manor garden. Others may be found in private gardens.

Tree stats: Originally from China, the dawn redwood grows up to 70 to 100 feet high and 25 feet wide. The dark green, needle-like leaves contrast with the reddish-brown bark. Unlike their California cousins, the giant sequoia and coast redwood, the dawn redwood is deciduous, shedding its leaves in the fall. In the winter, the small, intricately shaped cones are prominent.

A living fossil: The dawn redwood was originally known only from fossils as a tree that existed 100 million years ago. It was rediscovered in the early 1940s when a Chinese forester traveling in a remote part of central China came upon a grove of unfamiliar trees. Specimens were sent to Edward Merrill at the Arnold Arboretum and paleobotanist Dr. Ralph Chaney. (According to one account, Chaney fainted when he opened the package and saw evidence of what was presumed to be an extinct tree.) In 1948, Chaney went to China with San Francisco Chronicle science writer Dr. Milton Silverman. (Silverman and a Chronicle editor came up with the romantic common name “dawn redwood” to help sell their story to the public.) After an arduous trip, Chaney saw the fabled trees and collected seeds and four seedlings.

A close call: On a stopover in Hawaii, an agricultural custom agent demanded Chaney hand over his precious cargo for incineration. As the two argued back and forth, Chaney became increasingly hysterical, proclaiming, “Millions of years, tens of millions of years!” When it was determined that the specimens were more than 150 years old, they were quietly deemed antiques and therefore allowed to travel on to California.

Seeds of success: In an effort to preserve the species in case the Chinese trees were extirpated, Chaney and Merrill sent dawn redwood seeds to numerous botanical gardens throughout the world. Eventually, after a long and storied journey, the dawn redwood arrived on Shelter Island.