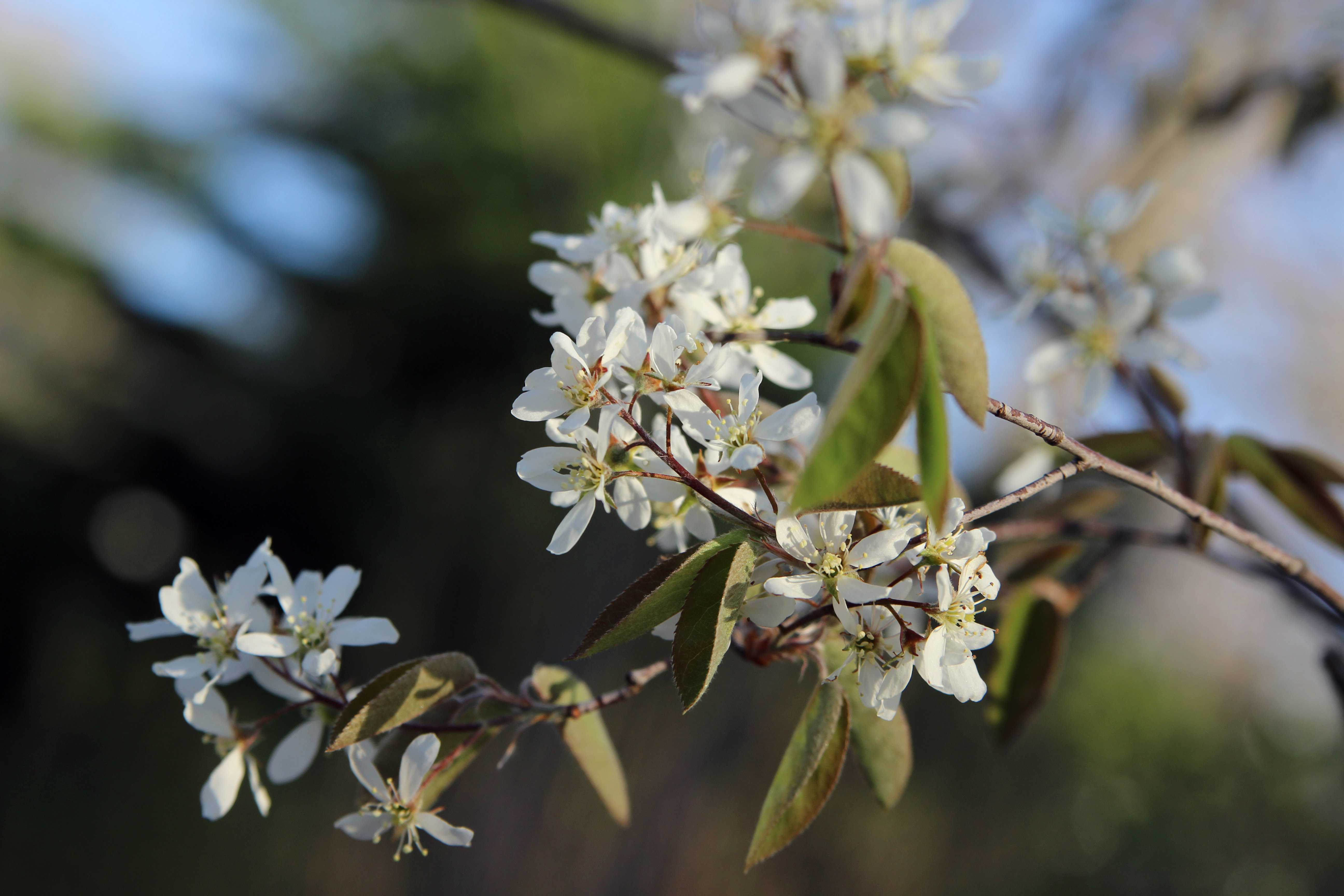 Locations: With their delicate, star-shaped white flowers, shadbush trees are easy to spot in early spring in the leafless coastal bluffs that stretch from the Heights to the woodlands along Shore Road. They can also be found in Mashomack Preserve’s native garden and the surrounding area next to the parking lot. Because the species canadensis and arborea are similar, exact identification can be tricky.

Tree stats: Shadbush is a small, usually multi-trunked tree that grows in woods and open spaces from Canada down to Florida. Though it typically reaches 12-15 feet, I’ve seen 25-foot specimens on the Island. Despite their relatively small size, shads are tough. They can thrive on sandy shores and Montauk dunes, enduring flooding, salt spray, and winter winds. Shadbush is an excellent choice for small yards and lightly wooded areas. Nurseries carry mostly hybrids such as ‘Autumn Brilliance’ that are more floriferous or have stronger fall color than the straight species.

Natural history: Various insects visit the flowers, which are followed by small berries that ripen in June. Native Americans mixed the berries with meat (deer, moose, buffalo or bear) and fat to make pemmican, a portable food that functioned like protein bars. “Take some juneberries with you” was a common saying among the Chippewa. In my yard the berries are sometimes deformed by a fungal disease before they ripen. However, this doesn’t stop catbirds, chipmunks, and squirrels from devouring them.

American History: Several of the common names of Amelanchier species refer to early American customs. According to some accounts, colonists called the trees serviceberry because they buried their winter dead in early spring when the trees bloomed and the ground had softened. Fisherman called them shadbush or shadblow because the shad spawning run coincides with the tree’s flowering. 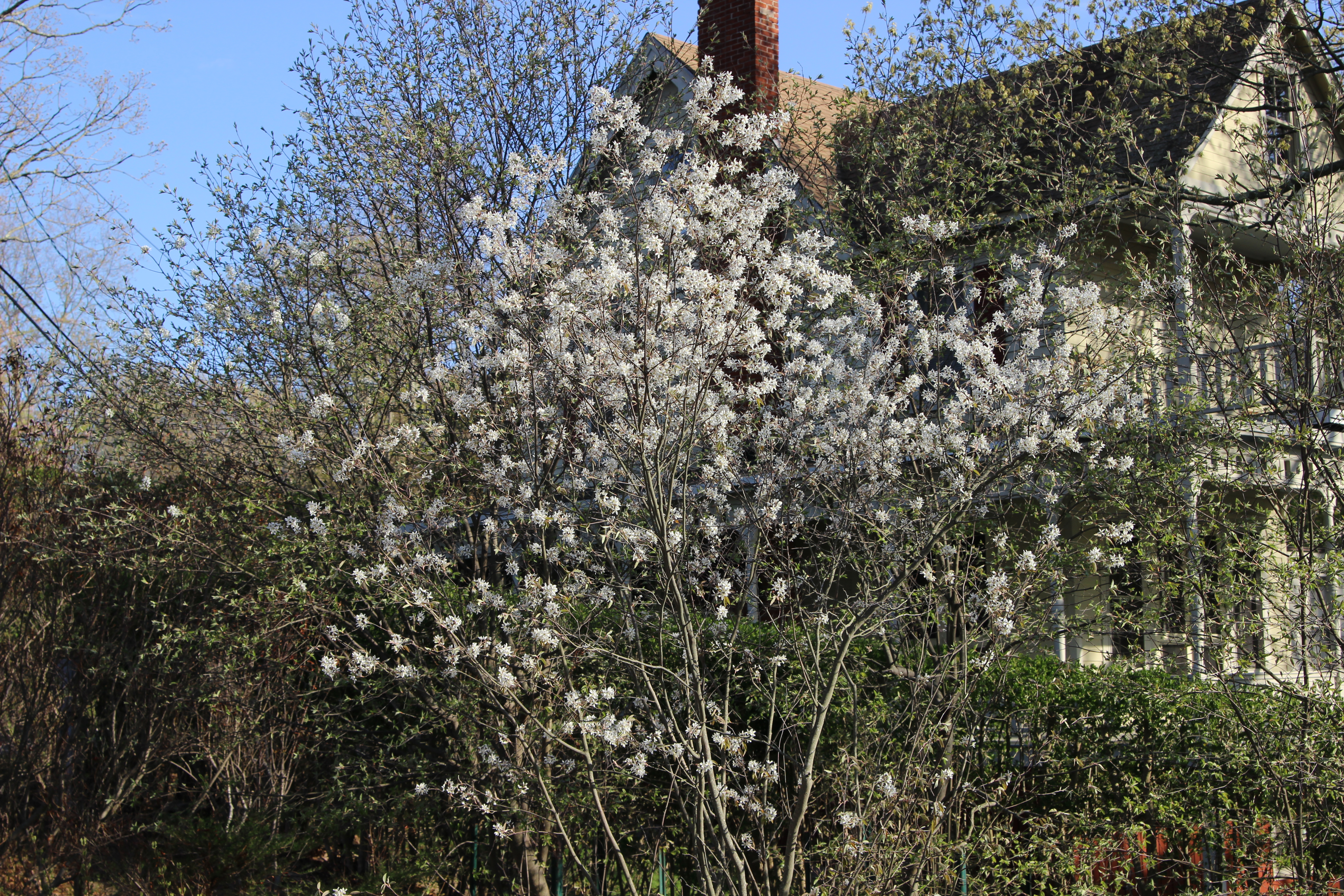 What the heck are shad?: American shad is a 3-8 pound fish that, like salmon, spawns in fresh water. Once abundant in colonial times from Canada to Florida, shad populations were significantly diminished by overfishing, dams, and pollution. Recent efforts are attempting to restore former spawning grounds. Shad roe, now available at some East End fish markets, is considered a spring delicacy.

Taste test: Though I find shadbush berries a tad bland, Henry David Thoreau felt otherwise. In his manuscript, Wild Fruits, he enthuses, “I should pronounce them a delicious berry, nearly equal to blue berries and huckleberries.” If you find enough of them, the berries supposedly make a good pie. Happy hunting!