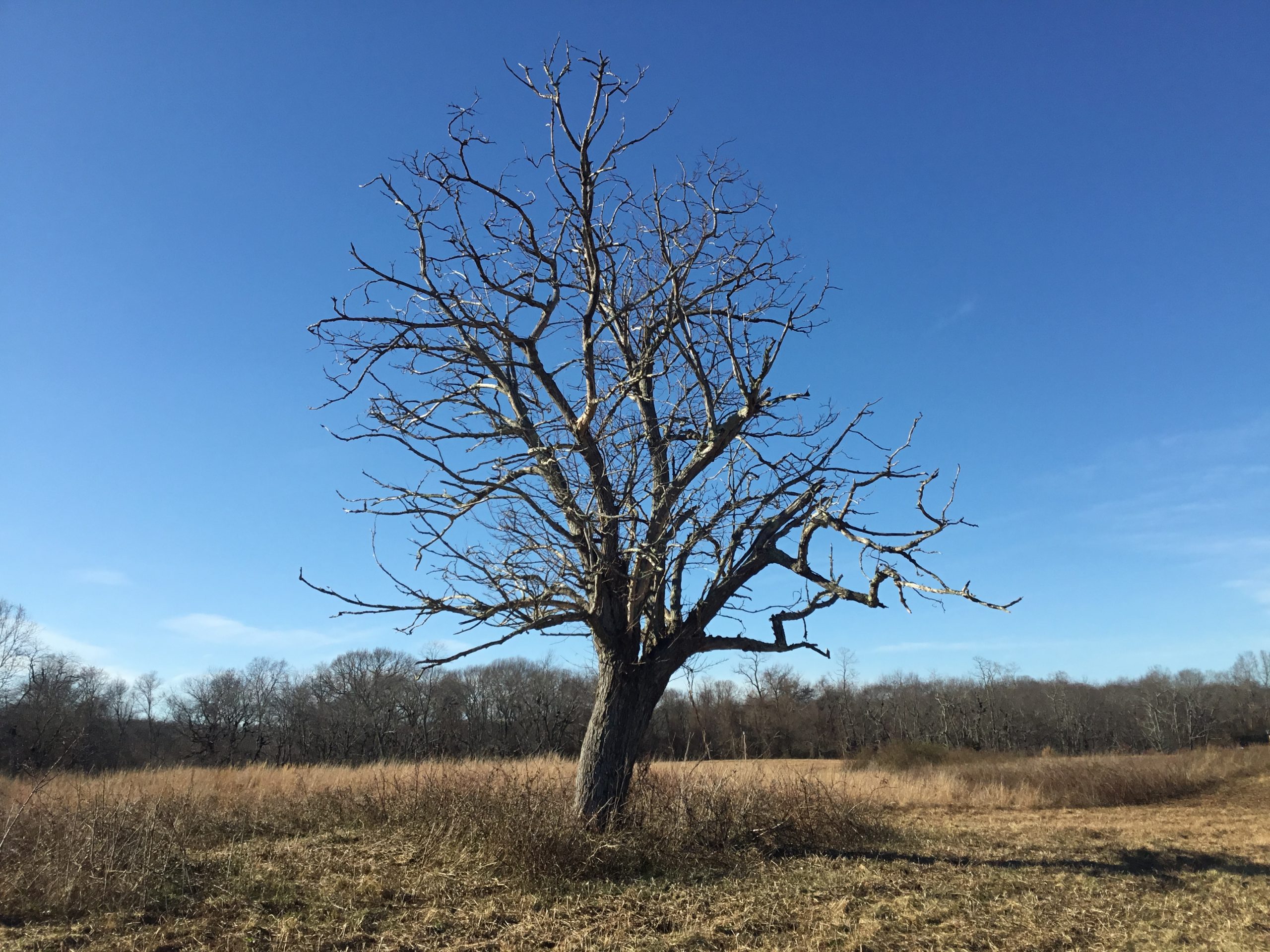 Winter wonders: We often think of leafless, winter trees as drab and lifeless. Not so! Take a walk and admire their expressive branching structure that mimics our nervous system (or visa versa), suggesting we’re not as different from one another as we imagine. The colors, textures, and patterns of bark are another attraction. I’ve sometimes seen the oaks in my neighborhood glowing red as the setting sun hits them. The effect against a darkening sky is breathtaking. I love the creaking sounds trees make in the wind and their sparkly branches after a snow. Winter is also a great time for spotting bird, squirrel, and paper wasp nests.

Tree marcescence: While most deciduous trees lose their leaves, some species retain them through much of the winter. It’s a phenomenon called marcescence. All around the Island you’ll notice American beeches or oaks laden with dry, brown leaves. One theory suggests the leaves distract deer and other browsers from stems and precious leaf buds. Another speculates that, by dropping leaves in the early spring, the trees fertilize the ground around them when it’s needed.

Tree smarts: Like bears and other animals that hibernate, trees go dormant during the cold months to conserve energy. Deciduous trees start the process in the fall by slowing down their metabolism and cutting off nourishment to the leaves as temperatures drop and day length shortens. As the green chlorophyll retreats from the leaves, they reveal those splendid colors. Once cold weather sets in, trees utilize protective tactics that are not unlike how we protect ourselves and our houses. Bark acts like an insulating layer. Trees are also able to isolate and control where internal ice forms and as well as produce a kind of anti-freeze. Conifers share similar processes though, instead of leaves, they have thin needles which are better equipped to handle snow loads. The needles also have a waxy surface that helps prevent freezing.

Tree inspiration: There are numerous poems about trees through all the seasons, but “Winter Trees” by William Carlos Williams seems particularly appropriate.

All the complicated details
of the attiring and
the disattiring are completed!
A liquid moon
moves gently among
the long branches.
Thus having prepared their buds
against a sure winter
the wise trees
stand sleeping in the cold.